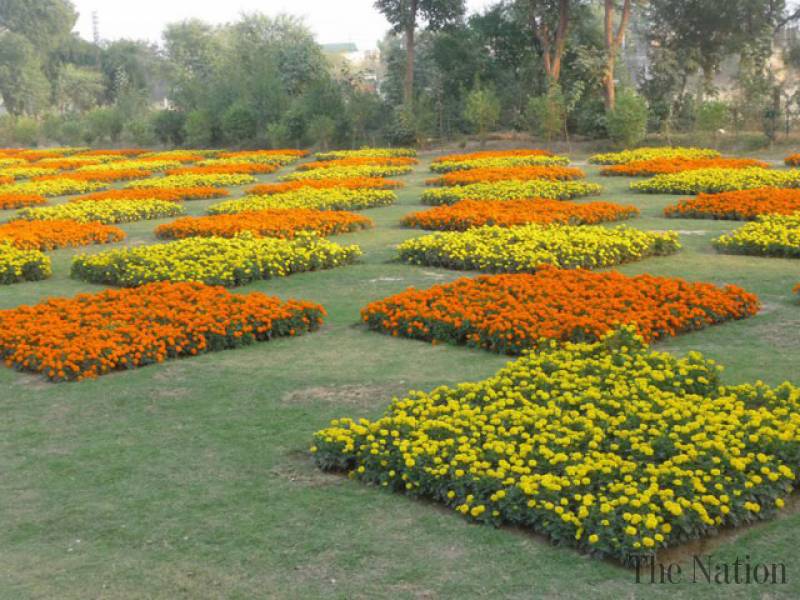 Bagh-e-Jinnah  باغ جناح) is a historical park in the city of Lahore, Pakistan. It was formerly known as Lawrence Gardens. Today, the largegreen space contains a botanical garden, Masjid Dar-ul-Islam, and Quaid-e-Azam Library[4] situated in a Victorian building.

There are also entertainment and sports facilities within the park: an open-air theatre, a restaurant, tennis courts and the Gymkhana Cricket Ground. It is located on Lawrence Road next to Lahore Zoo, directly across from the Governor’s House on The.

Originally built as botanical garden modelled on Kew Gardens, it was named after John Lawrence, Viceroy of India from 1864 to 1869. The place used to hold his statue, which was later moved to Foyle and Londonderry College in Northern Ireland.

Jinnah Garden Lahore that is situated on 141 acres (0.57 km2) at this time, earlier it was in 176 acres (0.71 km2), but the land was given to Lahore zoo, botanical garden govt. college university Lahore and to roads alongside the garden. Now it is almost the plant area except roads building is 121 acres (0.49 km2). It is a beautiful and well managed botanical garden in Pakistan.

It has almost 150 varieties of trees, 140 types of shrubs, 50 types of creepers, 30 palms, almost 100 succulent and about same indoor along with almost all varieties of annual flowers. The garden has a good name in Chrysanthemum shows; it was the first institute that started growing chrysanthemum and maximum no of varieties for it. It has 3 nurseries, 4 hilloaks in it.